Sybille quickly went to her front door, took the newspaper out of her letterbox and locked the door behind her. She had a queasy feeling, but thought it was just a slightly strange man. So she turned on the light in her flat, hung up her jacket and went without hesitation to the aquarium as she did every evening, gave the fish a   JBL PlanktonPur MEDIUM stick and fertilised with   JBL PROFLORA Ferropol 24 . The aquarium was modelled on the  Typ akvária na aquascaping JBL Dreamscape® ; large stones with ground-cover in a lush green.

Sybille switched on the TV and lay down on the couch. She usually watched an episode of JBL TV after work, but she got stuck on the news while zapping through. She turned the TV up louder as the rain was pelting against her old windows. A breaking news report came on that there was a murderer on the loose near Sybille's flat and they were advised not to go out on the streets until the police found him. Sybille went straight to the door and checked that it was properly locked. In the hallway she heard the newscaster say that the killer does not use ordinary weapons, but scissors for cutting aquarium plants. All his victims were aquarium owners. Sybille's heart began to beat very fast. Now she knew what the man was up to with all those scissors. She ran to her mobile phone and wanted to call her best friend, but out of nowhere, the strange smell came up her nose again. Beads of sweat ran down her forehead and suddenly there was a banging on the door. Louder and louder. Someone was there and desperately wanted to get in. Sybille looked around desperately and thought about what she could use to defend herself. But she only had an almost empty bottle of   JBL Biotopol , a JBL síťka na ryby jemná and a  JBL WishWash within reach. But suddenly the blows stopped. Dead silence. Sybille slowly went to the door and looked through the peephole. There was no one to be seen. Only the light was still on.

She picked up her mobile phone and dialled the emergency number. It rang and a young policewoman answered. Before Sybille could say anything, she heard water dripping on the floor. She dropped the mobile and immediately ran to her aquarium. There he was. The PROSCAPE scissors snipper. Soaked from the rain. He dipped the   JBL PROSCAPE TOOLS S CURVED into the water and cut the plants criss-cross. The sharp scissors cut the plants like butter. Sybille cried out, fell to the ground and begged the man to stop. But he just kept cutting, looking deep into her eyes, until she passed out. 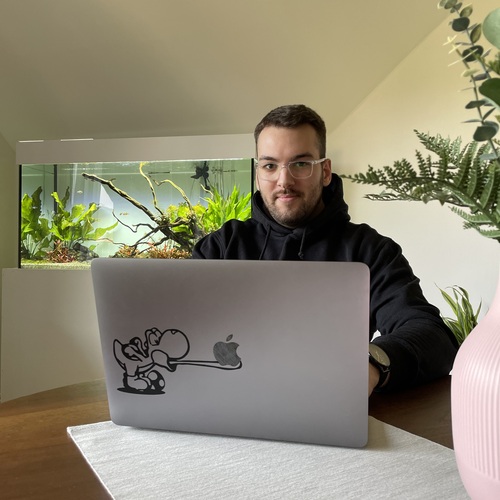